While talking about the construction business, it is humanly impossible to not mention the importance of the backhoe loader and why exactly it is prominent amongst the plethora of other machinery. A backhoe loader, also called a loader backhoe, digger in laymans terms, or Informally shortened to backhoe within the industry, is a heavy equipment vehicle that consists of a tractor-like unit fitted with a loader-style shovel/bucket on the front and a backhoe on the back. Due to its (relatively) small size and versatility, backhoe loaders are very common in urban engineering and small construction projects (such as building a small house, fixing urban roads, etc.) as well as developing countries. This type of machine is like and derived from what is now known as a TLB (Tractor-Loader-Backhoe), which is to say, an agricultural tractor fitted with a front loader and rear backhoe attachment.

The major job and initial job of construction activity is to build a base of any infra structure. This involves digging. Before the backhoes, the construction activity of digging is done by humans with the help of handmade shovels. This method is neither safe nor is very time consuming. Also, the accuracy of the jo is not good. Further the cost per cubic meter is very high. There are many other small problems related to human behavior are there. There is a crucial need of a machinery which can increase the per cubic efficiency of any construction job.

Evolution of a Backhoe Loader

As the Darwinian theory gives us a clear distinction between the various phases of our evolution of humans, some blurred boundaries are available for the evolution of backhoe loaders too. There was a trend of evolution since the inception of their usage and nobody knew that a single use equipment attached to a tractor will develop into a full-fledged machine which will act as a one-man army. The first backhoe loader back in the 1940’s with just one hydraulic attachment which is the loader bucket.

2. The second Variant in 1948 with a backhoe bucket

This is the first draft with a backhoe apparatus which is the small bucket, this was the time when the creators got the equipment patented along with some extra information which was later developed into more prominent parts of the machine. However, one important point is that the technology still did not allow them to use both the buckets at once. The first TLB which had the capacity to do multiple operations dated back to 1952. The machine in picture is the Wain-Roy 300, a very primeval and prominent machine which was the first authentic patent of its likes.

While Wain-Roy was making advancements in North America, JCB was paving the way for the future of the backhoe-loader in Europe. In 1948, JCB launched the first European hydraulic loader. The Major Loader was a front loader designed to bolt onto a Fordson Major tractor. This was followed in 1953 with a backhoe having a 180˚ swing fitted to a tractor. Case produced the first “integrated” TLB in the U.S., with all components manufactured and warrantied by the same manufacturer. 7. In case you are already wondering what future looks like, Mahindra Backhoe loaders give that taste in the present, one of them is featured towards the end of this article.

While we have mentioned some generic features of this equipment in a previously dated article, in this piece we will be telling you about the paradigm shift which the equipment has endured and how it actually becomes the need of the hour when we place the economic conditions of the country in foresight. 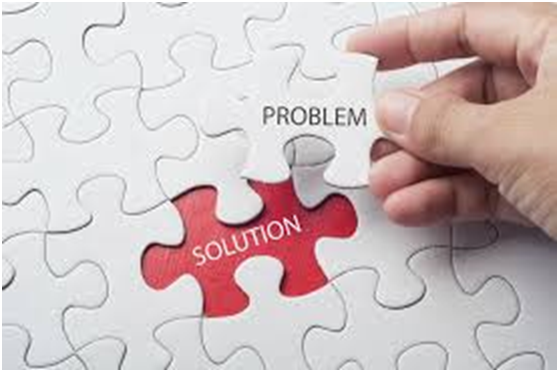 1) Versatility in the state of Economic Turmoil

The falling budgets and the lack of financial support to small businesses and MSMEs force them to decrease their labor cost since this is the only variable cost, they can change. A multi-function backhoe loader can perform a lot of tasks and can be availed once and for all thus reducing the recurring log of expenditure.

Be it the construction of a small house or fixing a patch of broken road, a backhoe loader is a common sight of everyone who passes a construction site.

2) Easy usage for the operator

The cabin for the operator working inside the backhoe is spacious enough to accommodate him and few of his belongings easily. It also has good leg space allowing the operator to stretch his legs after working for long hours. This added feature increases the productivity and gives this machine a competitive edge against a single utility equipment. The most important part of this machine is its engine which is super tough. However, the quality also depends from companies to companies and therefore someone who buys the loader from a reputed brand will always find his money worth the machine.

3) Complete Automation of the operations

There is potential for further automation, as well. “Currently, automation will help on operator comfort, and saving time and money in terms of fuel. What we are inclined to see in the future is not only the feature automation but application or operation automation.

a) Return to Dig function

The operation that will automatically lower the bucket as the operator approaches the pile. “But there are still components in that application that you can automate — for example, raising the arms close to the truck, dumping the bucket, returning the bucket to a position where the return-to-dig can engage.

There are technologies available today that can be equipped on a backhoe for a 2D grade system. Such systems can help eliminate the need for a grade checker in the trench. More advanced grade control systems with a higher level of precision and automation may also emerge on these machines. “Implementation of electro hydraulic controls can significantly improve the efficiency, preciseness and reliability of many features offered today.

As the engine’s capacity is always getting better, the consumer welfare is also kept in mind while advancing the R&D. The makers have now ascertained that the thought before procuring the machine is not for a momentary purpose but a long-lasting goal which can be associated with the intention.

The machines are built to maximize the productivity and to endure all the on road and off-road burden while still being fully optimized and functional.

With the marketing philosophy now being changed to the paradigm where after sales and quality is prominent and not the quantity, companies have started to focus on crafting the tech of the product as per the need of the consumer. Since the decision-making authority lies with the buyer and there are several options available, what intrigues the customer in a hearty manner is the involvement they have with the machinery and how they can also follow the trajectory of operations.

The levels of integration have risen, and the customer has now been put directly in the operator’s seat without being there physically but by tracking every hook and corner virtually. While some customer does follow the conventional approach and don’t want any improvement, the companies are thriving hard to strike the requited balance.

May it be the wobble stick or the EC and AEC, everything has been focused in order to enhance the productivity per unit of time. The extra efforts to increase the magnitude of EHC has landed the companies in a pool of profits and the contractors in a pool of saving their resources.

While the above points tell us about the current and future modern improvements in the backhoe loaders, the safety standards, easy accessibility, and cost efficiency has been rising with each future generation of the loaders.

Mahindra EarthMaster is not just a machine but is an overall powerhouse which can boost your business’ productivity with its usage. It was born after over 4 years of research and over 20,000 hours of machine testing under the harshest conditions, has set new benchmarks in the 79.89 HP Backhoe Loader category. It comprises of the best in class engine which is fully equipped and is extremely powerful. This machine is tailor made for easy operations so that everyone who has the basic skills to use such machines can get this and make the best use of it.

The backhoe operations are conducted with a joystick which makes the interface very easy while the whole cabin experience is very comfortable for longer hours of labor. The machine is also in consortium with technical advancements and can be associated for updates on your devices.

The extensive brochure can be accessed via this link

So, now we know why we really need a backhoe loader and why Mahindra EarthMaster becomes the ideal choice to take your business to the apex of the construction world.